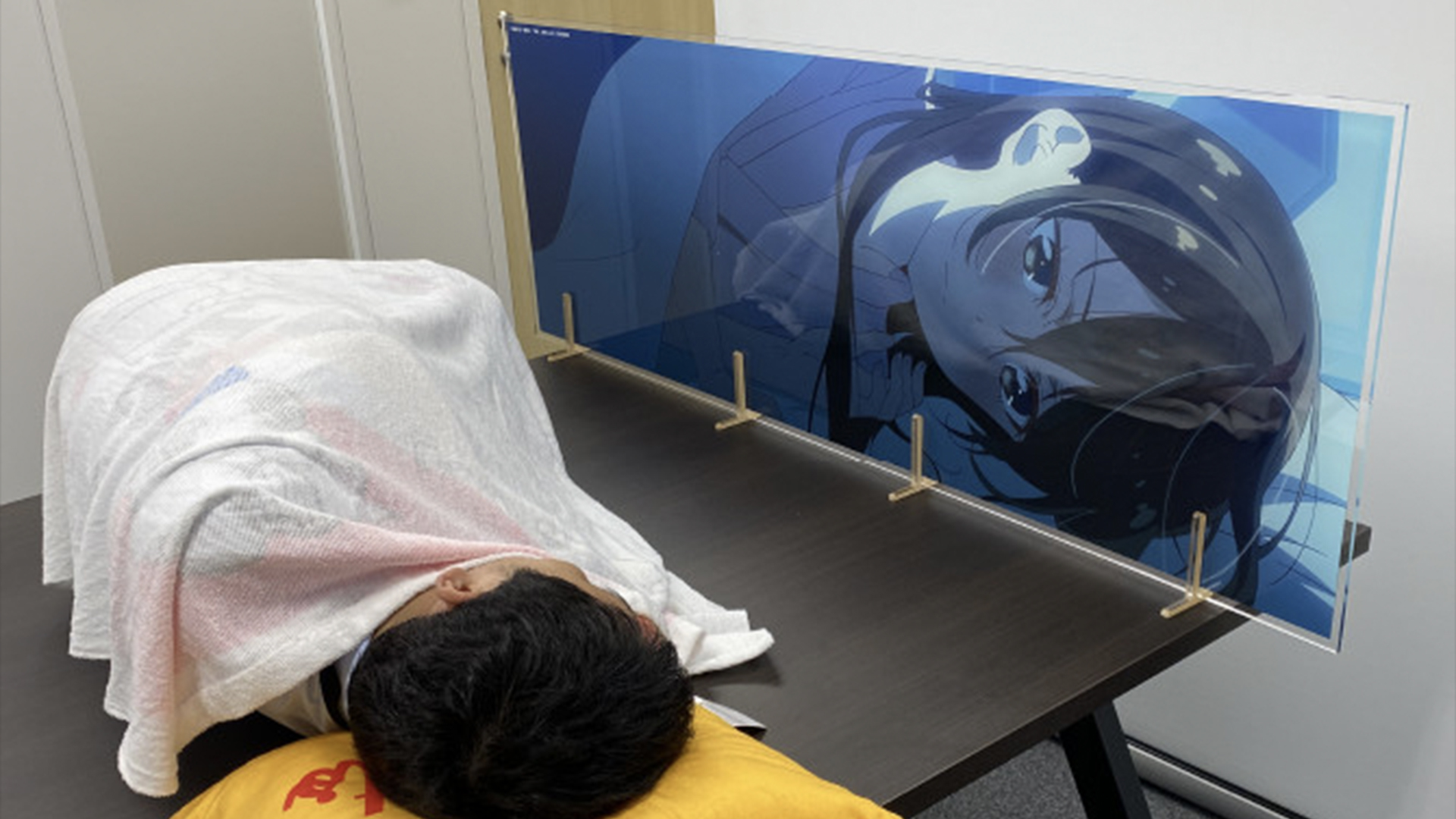 An online lottery appeared on the Slash Gift website the other day for a giant acrylic image of Chizuru from Rent-a-Girlfriend falling asleep that the winner can put alongside their bed (or on their giant office desk to watch the non-moving image sleep while they work). The 140 cm oversized acrylic board is the grand prize of the campaign which features other exclusive Rent-a-Girlfriend merch.

The other merch includes a life-sized towel featuring images of each girl from the first season of the TV anime series, a much smaller acrylic stands with an image of each girl, a smartphone keychain of each girl and Kazuya, and finally a sticker with images from the series.

A Prize, the towels 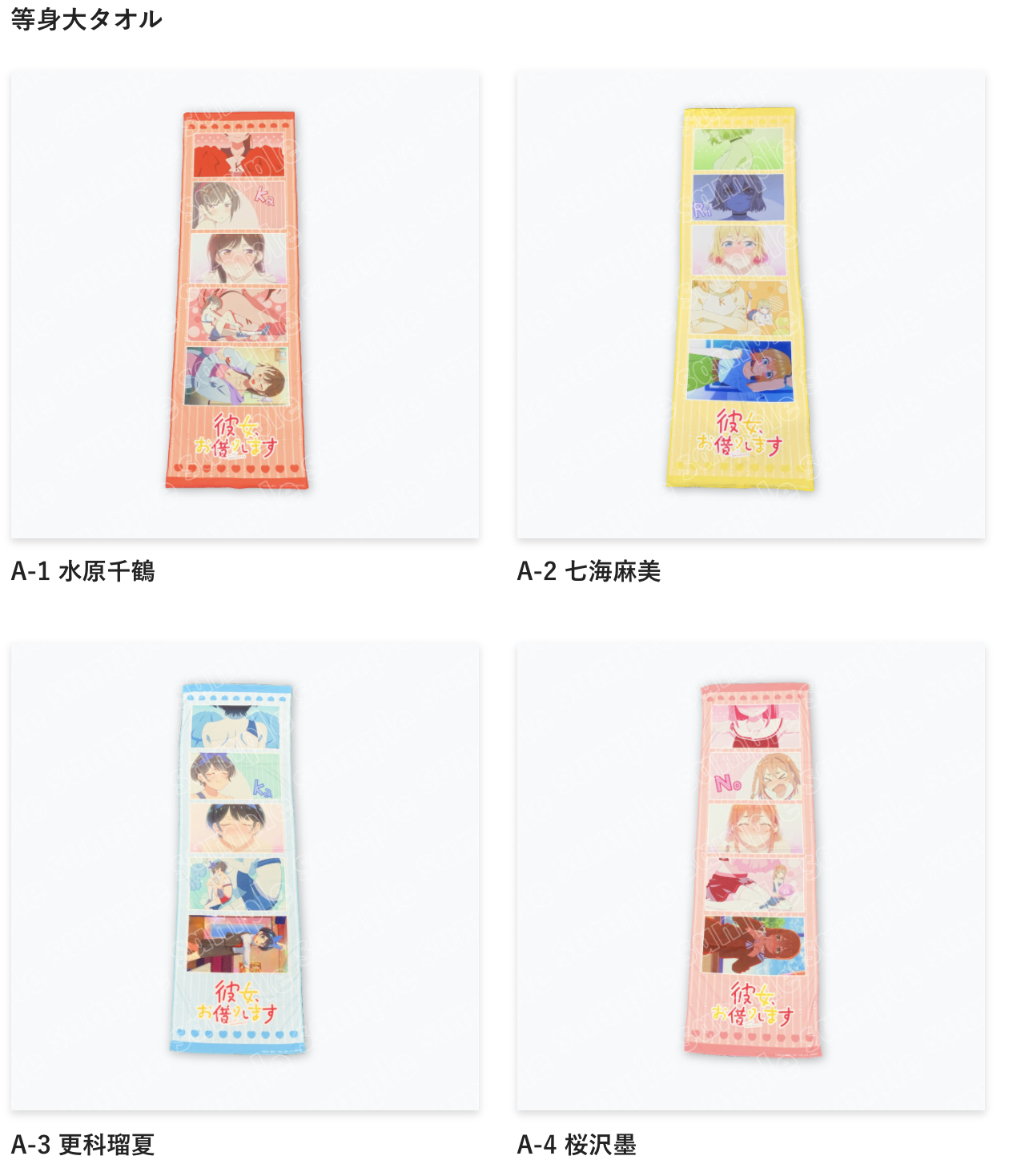 B prize, the acrylic stands 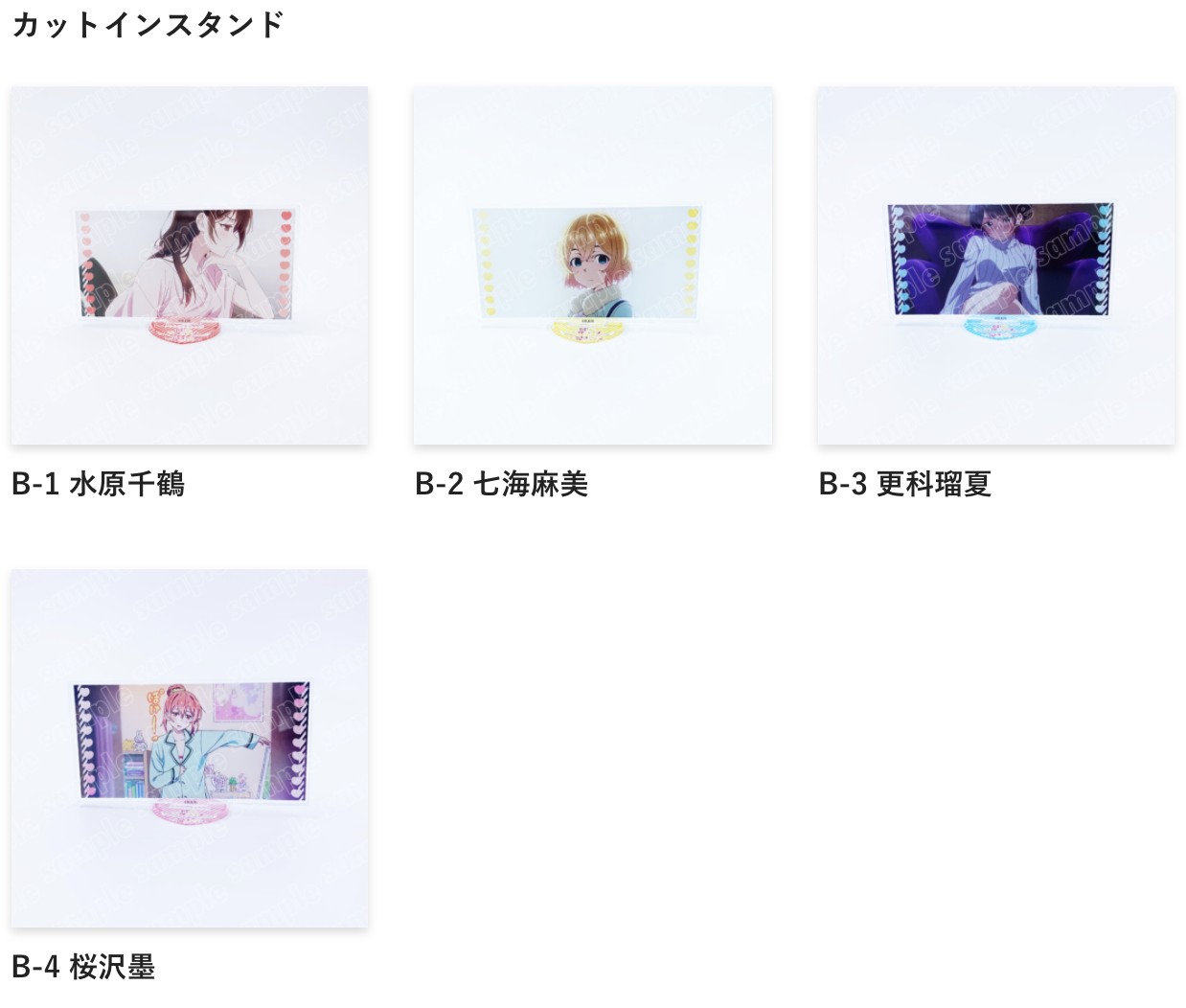 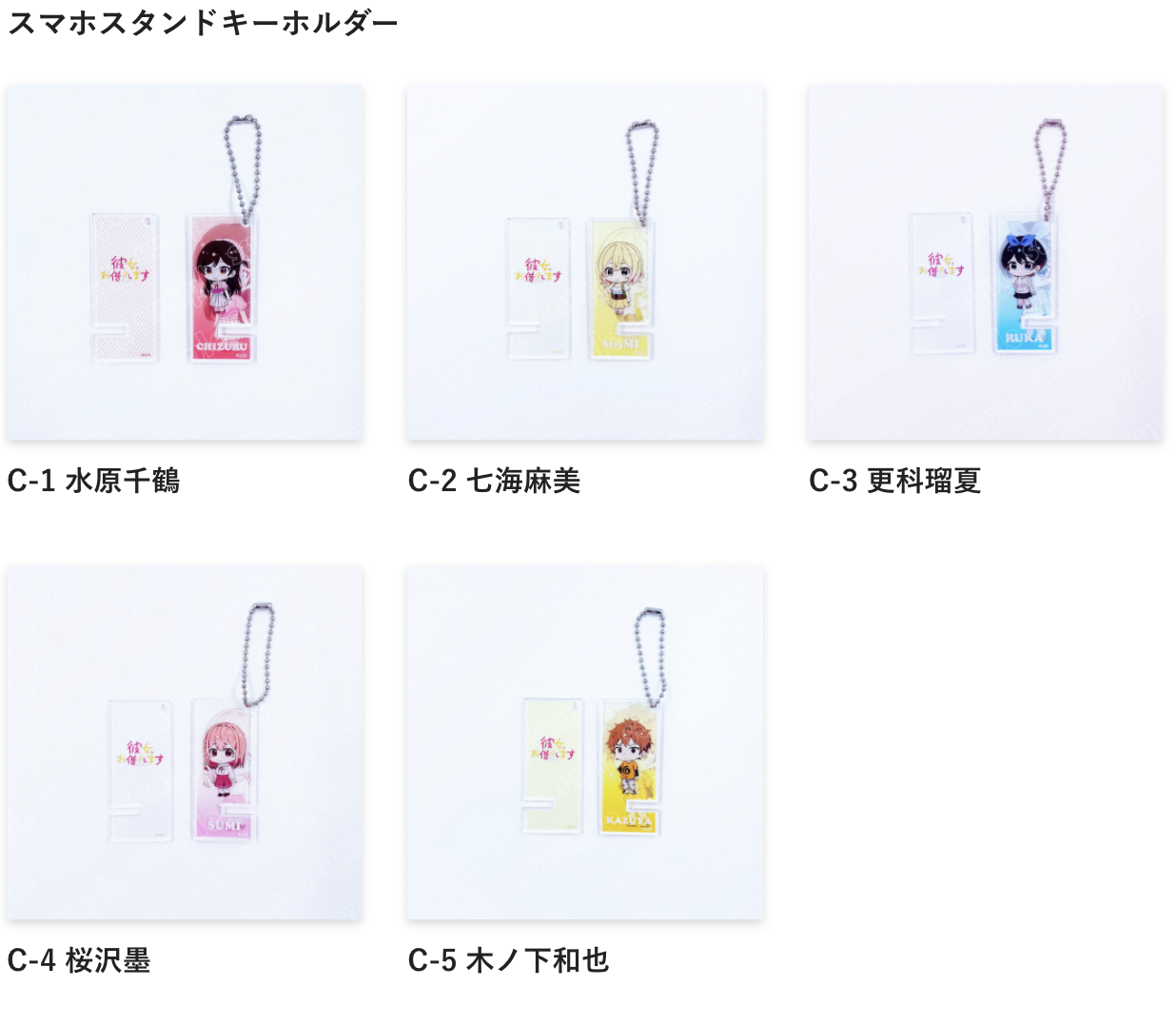 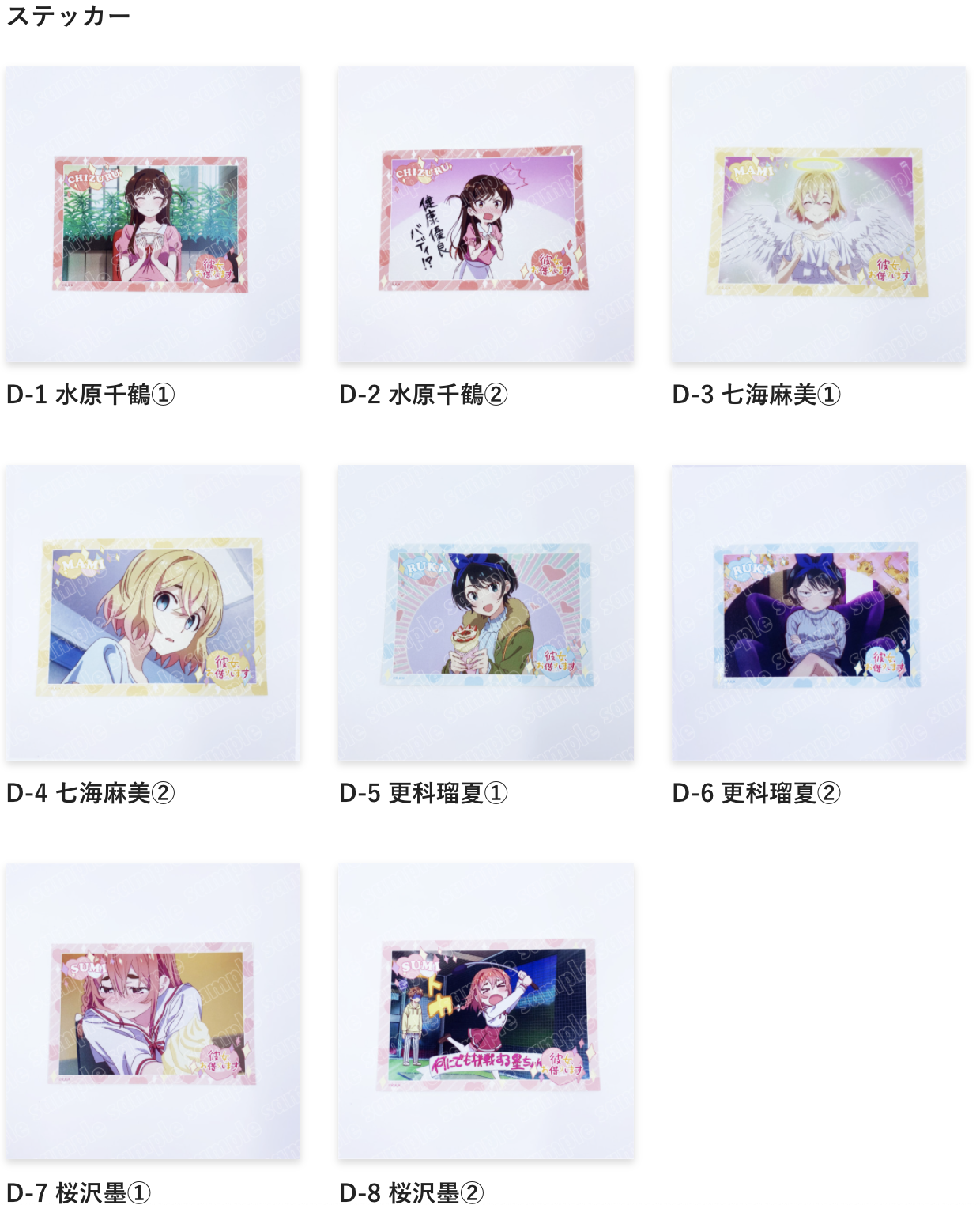 The massive Chizuru on the other hand is a double chance prize on top of the existing prizes and is only available to enter if someone buys 10 entries to the general lottery, which is priced at 880 yen (US$8) per ticket and no discounts if buy 10 tickets at once, which would then be priced at 8,800 yen (US$80). Though it does mean that the winners could win the two grand prizes! 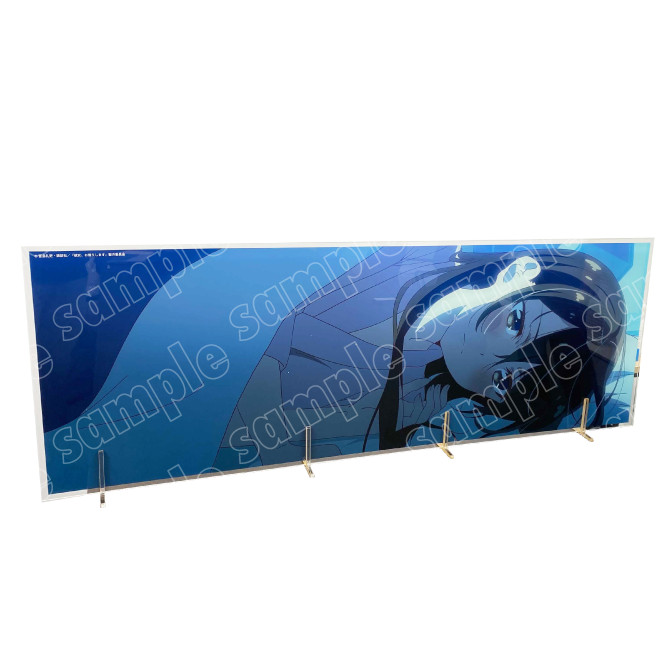 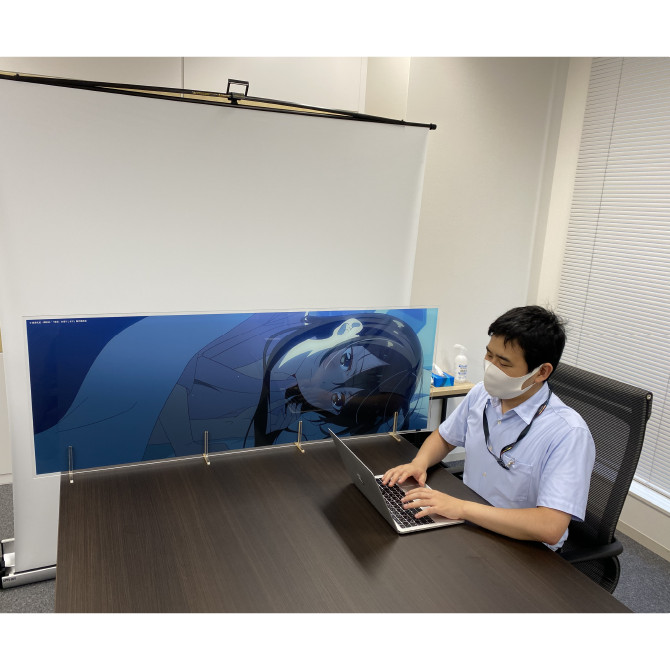 Only two giant Chizuru's will be given out, while the rest of the prizes range from 200 winners for the towels to 2,280 winners for the stickers, but everyone who buys a ticket is guaranteed to get a prize.

The shipping for the prizes is at the expense of the winners and is only available inside Japan from September 17.

Rent-a-Girlfriend is available to watch right here on Crunchyroll.

Daryl Harding is a Japan Correspondent for Crunchyroll News. He also runs a YouTube channel about Japan stuff called TheDoctorDazza, tweets at @DoctorDazza, and posts photos of his travels on Instagram.